Ole St. Valentine sure was a sucker for love!

Love Is Just To Die For

The sweet exchange of cards and gifts on Valentine's Day has come a long way from the origin. The holiday celebrated the soft heart of St. Valentine. Who is this St. Valentine? Well, there were several St. Valentine's in the saints of Rome. The most memorable St. Valentine was sentenced to death by Claudius II for performing secret marriage ceremonies for young Roman men. Claudius II had banned marriage in the belief that single Roman men made better soldiers. It wasn't until the 5th century that Pope Gelasius declared February 14th St. Valentine's Day.

It wasn't until the 1300's that Valentine's Day was associated with love and romance. During the 15th century the first Valentine cards or letters were written and exchanged. Great Britain by the 17th century had made this exchanging of letters or cards tradition! This soon caught on in the U.S. and swept across the world. Valentine's Day is now celebrated in Canada, Mexico, the United Kingdom, France, Australia, Denmark, Italy and Japan.

Love and romance have made Valentine's Day a favorite across the world, with an average of about 62% of people celebrating Valentine's day. There are over 145 million cards exchanged on Valentine’s Day. Valentine's Day card were first mass produced during the 1840's. This day exploded into a consumer holiday! Valentine's Day is second to only Christmas among the card exchanging holidays.

Love Is, In Fact, In The Air

Did you know that 80% of the gifts exchanged on Valentine's day are candy and flowers? It is said that over 35 million heart shaped chocolate boxes are sold, and over 220 million roses are produced for the season. The average person is reported to spend around $135. The U.S. as a whole reportedly spends over $20 billion on Valentine's Day.

The remaining 20% of the U.S. is reported to spend $4 billion dollars on jewelry (#3 on the list) annually. In a study it was reported that over 6 million people will become engaged on Valentine's day this year!

It is fair to say love is in the air this time of year. St. Valentine knew it and over 62% of people agree with him. So why not make this time of year special for the person you have a crush on, like, or love.

Love is cute, passionate, cheesy, fun, and all of the above. 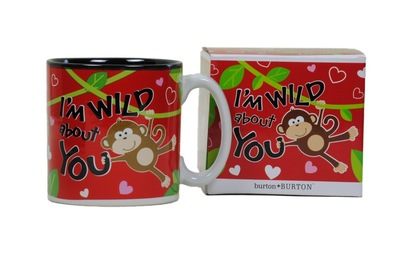 When you're getting a gift for that special someone AND about getting the most for your dollar shop here for hundreds of items.

Snag love and a Firefly deal while you are at it!